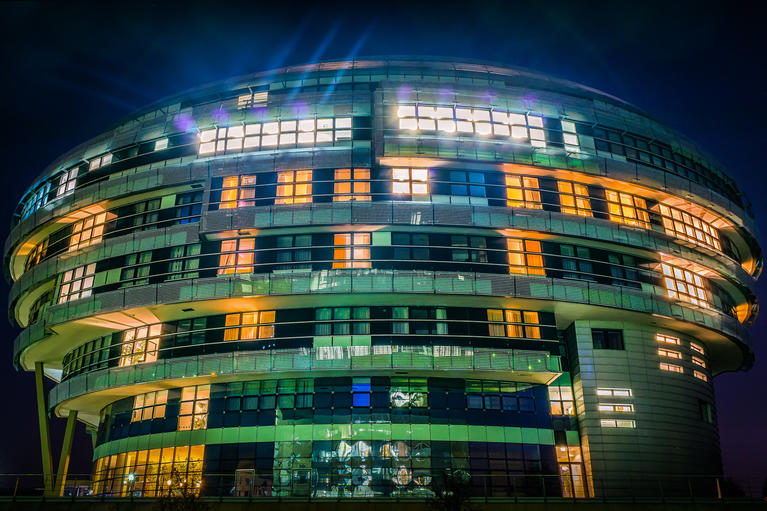 How might PPPs enable service delivery reconfiguration in middle-income countries?

Many governments are interested in using public-private partnerships (PPPs) to increase the rate of capital investment in their health systems.

But what are the main costs, benefits and risks of using PPPs in the health sector? And what conditions need to be in place for their successful application? In this blog, Mark Hellowell summarises the findings of a recent policy paper by the the WHO Barcelona Office for Health Systems Financing, available here (click here to access the policy paper)

They show that PPPs can provide additional capital financing in the short-term, but that this comes at a long-term cost to the public sector.

Whether the net effect will be to enhance, or undermine, the financial sustainability of the health system depends on three main variables:

(i) the extent to which a PPP program is embedded in a well-defined strategic vision for reconfiguration of health services in the country;

(ii) the extent to which the government can accurately forecast the future costs of PPPs, assess the affordability of those costs, and engage credible sources of independent scrutiny to challenge their assessment; and

(iii) the extent to which capacity is available within government to run effective PPP procurements, and to define and enforce effective contracts.

Middle-income countries (MICs) in the WHO European Region face a number of common challenges that impede the efficiency of their health systems. Prominent among these are infrastructure-related problems, including: 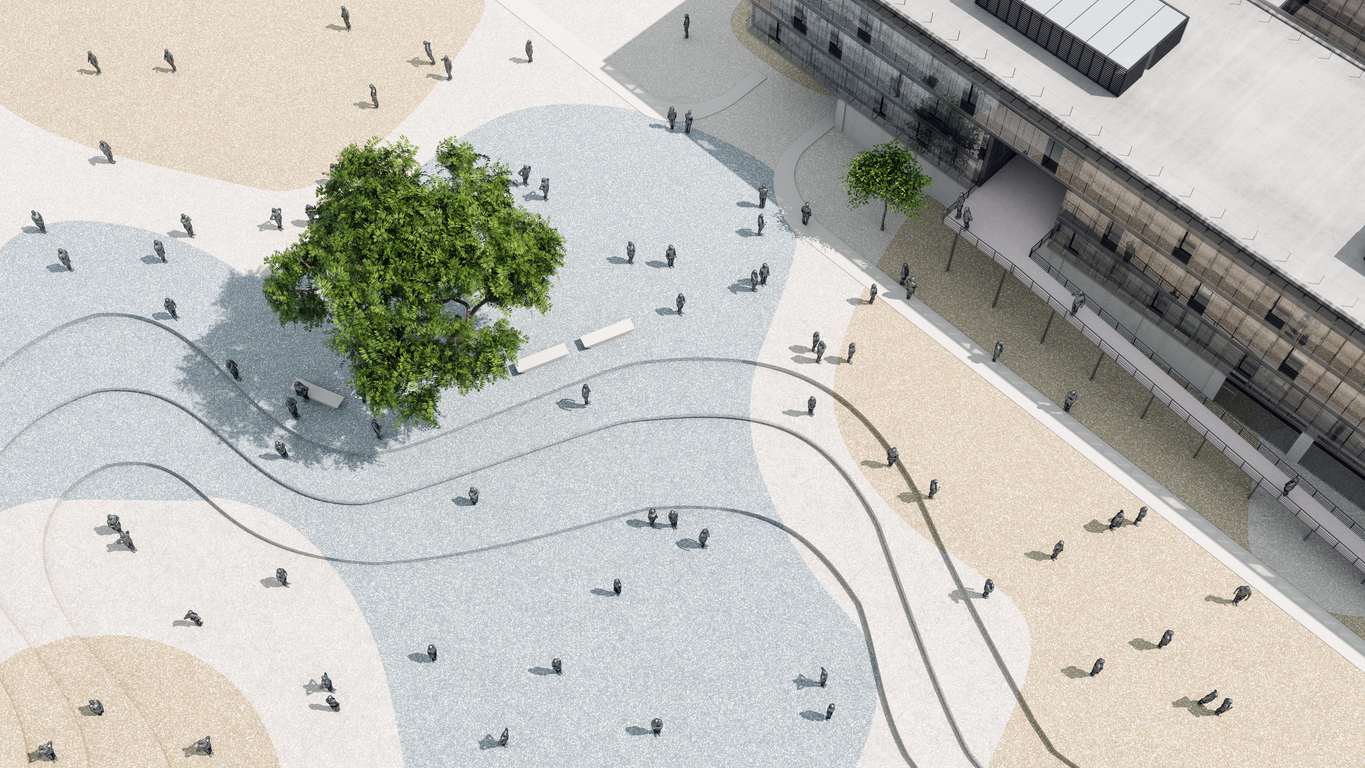 A sustained programme of capital investment is required to address these problems. In many countries, there is a perception that public–private partnerships (PPPs) can play an important role in addressing these inefficiencies.

This is because PPPs offer a key advantage over other procurement approaches – namely, the prospect of sourcing private finance to meet the up-front costs of capital projects.

By utilizing private finance, PPPs defer the recognition in government budgets of up-front capital expenditures (e.g. in new buildings or equipment), whereas, with conventional procurement, such costs are recognized as they are incurred.

In this way, PPPs can be used to “leverage” the government’s own budget –to enable more investment to take place in the short term than would otherwise be possible. And what is not to like about that?

Indeed, governments do tend to like this feature of PPPs - of course they do. But this tendency can cause problems. It can encourage decisions that seem to make sense “today”, but that will undermine financial sustainability “tomorrow” – that is, once the private sector’s invoices come in, and must be paid.

Those invoices – and the ‘unitary payments’ they call for – relate to the fact that the private sector’s costs (for capital and operational expenses, plus a profit margin), need to be repaid. And it is usually the public sector (though sometimes also users) that bears the associated cost burden, a burden that typically has to be borne for years, or even decades.

In my own country of England, we have seen the consequences of this “buy now, pay later” problem.

For example, in 2007, the Peterborough and Stanford Hospitals NHS Foundation Trust (a public health service provider in the east of England) signed a PPP contract for the delivery of a new hospital with a capital investment cost of £464.45m (€538.9m) in today’s money - or 142% of the Trust’s annual income.

Just ten months after the payments to the private operator became due, the Trust was judged by the Department of Health to be insolvent.

Despite additional subsidies from other parts of the local health system, the Trust’s deficit for the financial year 2012/13 amounted to one quarter of its income. Evidently, the Trust’s financial planners, and the Department of Health, and the Treasury (the UK’s finance ministry), had failed to recognize that the scheme would be unaffordable from the very first year of its operation. However, interviews and a review of board minutes conducted by the National Audit Office showed that managers and officials had been willing to accept “unrealistic projections of future Trust finances”.

Similarly, the then financial regulator of NHS provider organizations, Monitor, had identified “a significant likelihood” of the scheme becoming unaffordable to the Trust if “reasonable assumptions” were applied. The scheme was approved by the Department of Health, and ultimately by the Treasury, in spite of these concerns. 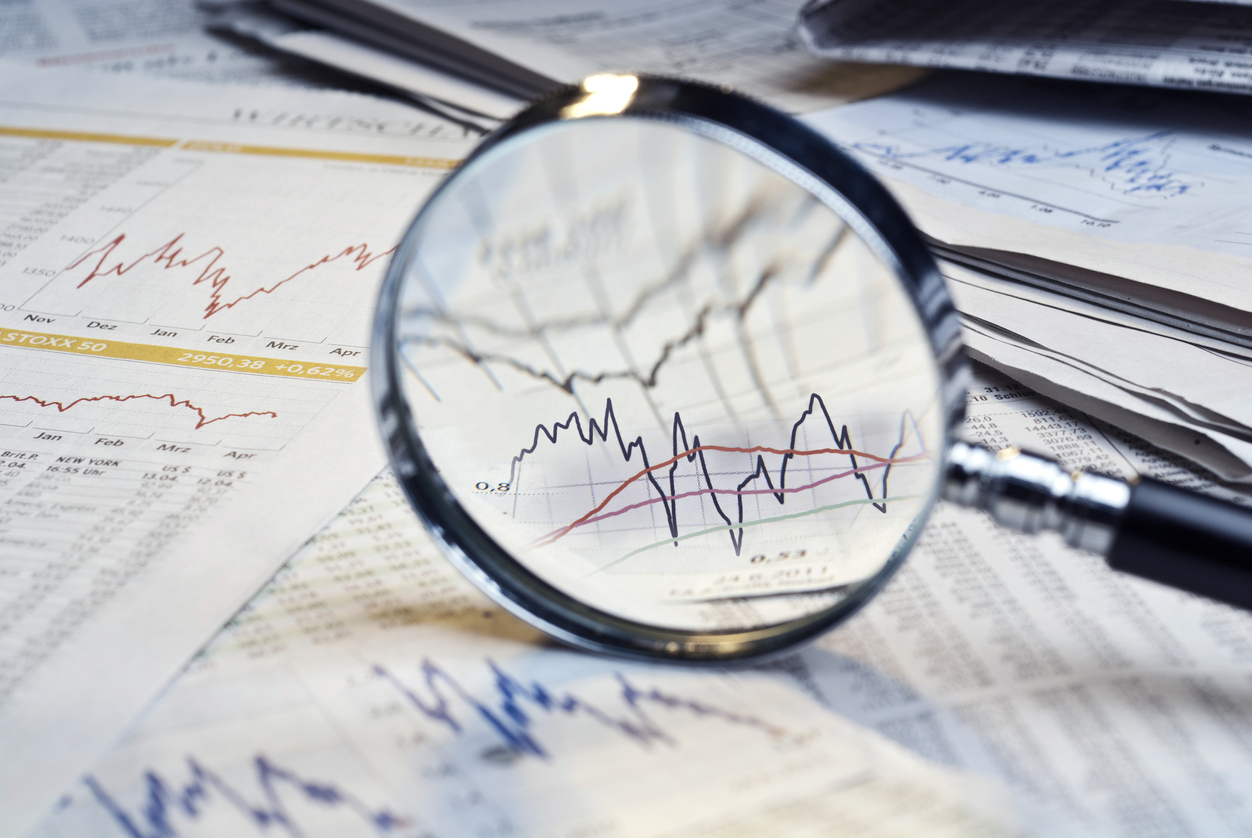 There are numerous examples of similar problems in England, and internationally  – all of them, in my opinion, driven by the “buy now, pay later” attribute of private financing. Take Lesotho.

This country - a lower middle-income country in southern Africa, with a population of two million people - has played host to one of the most ambitious PPPs ever realized. The deal incorporated the part-financing, construction and operation of a 425-bed hospital, a gateway facility and three PHC clinics, and the full range of clinical services in these facilities, and was agreed in 2008. It had a capital investment cost of US$120.7m (€114.9m) in today’s money.

The government – and its advisers, the International Finance Corporation (IFC) - had decided to push ahead with the deal despite a 40% increase in the forecast cost of the annual unitary payments in the final few months of the procurement process.

These payments continued to rise during the early years of the scheme’s operation, as demand for the new hospital’s services’ exceeded those initially forecasted, and debts and penalties due to the consortium (related to the fact that the government had often been unable to pay the unitary fee on time, resulting in numerous defaults to the private operator’s creditors) accumulated year on year.

The concession was due to run until August 2026, but was terminated early by the Ministry of Health in May 2021, amidst ongoing contractual disputes.

Over the last two decades, health authorities in Türkiye have been among the most enthusiastic users of PPP; and, as such, a source of inspiration for many other middle-income countries in Europe and central Asia. In 2021, however, the Ministry of Health announced that there would be no further PPPs in the country, and that all future hospital construction projects would be financed from the government budget.

The decision was taken after it emerged that payments for 10 of the operational hospital PPPs were accounting for some 27.8% of the Ministry of Health budget. Key elements of the fiscal pressures created by the PPP program in Türkiye included the large scale of the projects and the revenue commitments involved; but also certain ‘mistakes’ made in the initial financial terms, in which unitary payments had been linked to the value of the US dollar.

This reduces the amount of risk borne by private investors, and thereby exerted downward pressure on the initial prices that they were prepared to accept. However, as the Turkish lira depreciated significantly against the US dollar, the real cost of unitary payments increased proportionally, and the fraction of the MoH budget (denominated in lira) allocated to paying them reached unsustainable levels.

It is useful to reflect on what these cases can – and cannot – tell us about the costs, benefits and risks of the PPP model. Clearly, they tell us something about the moral hazard that the “buy now, pay later” nature of the PPP approach generates among government decision-makers.

Such agency problems can lead to a willingness to commit to the “wrong projects”, or projects that are too large a scale and too costly, reducing the financial sustainability of the health system – a risk that clearly needs to be mitigated (see below).

This does not, though, in itself, tell us that PPPs are always poor “value for money” – policy jargon for what economists call “cost efficiency” (i.e. referring to the relationship between quality-adjusted outputs relative to the financial costs of producing such outputs). Indeed, the evidence on value for money is mixed. There are elements of good and bad value for money in the PPP approach, and the net effect of these is difficult to establish. 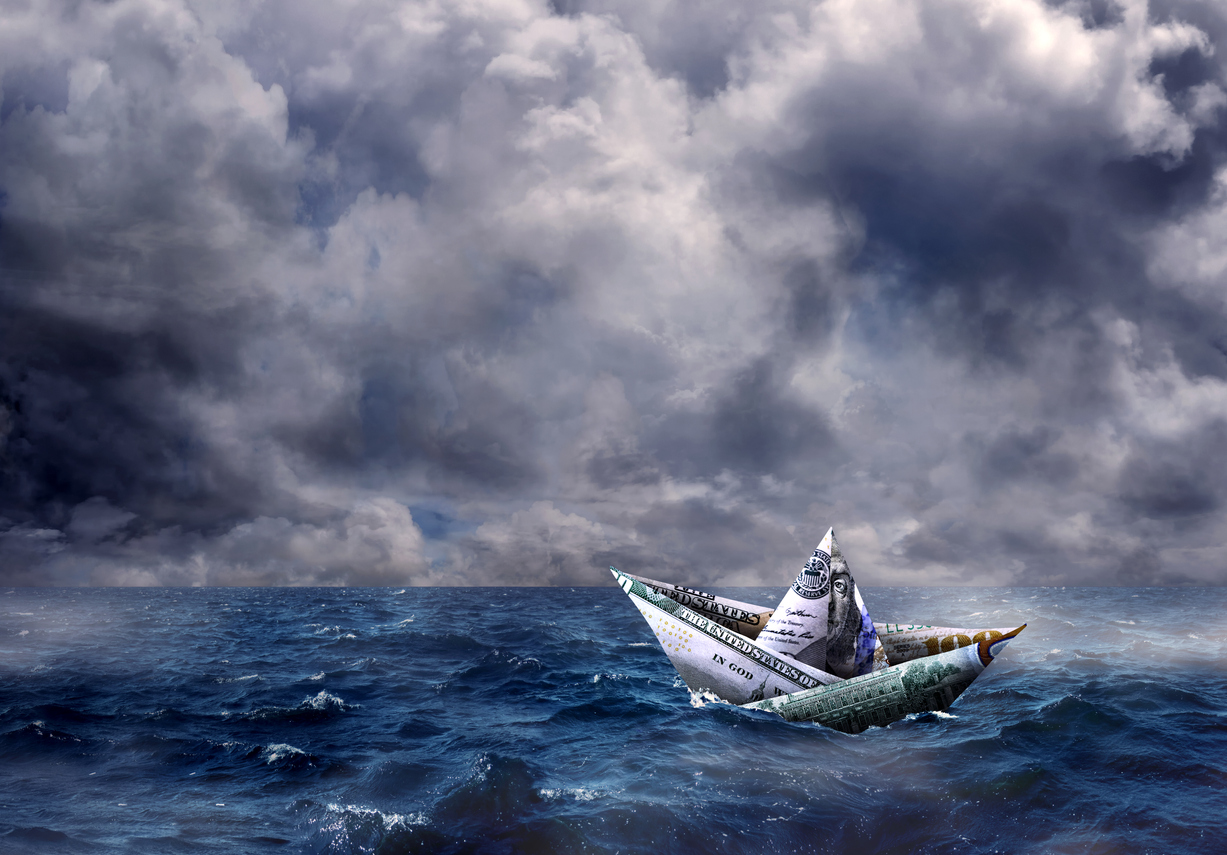 On the positive side of the ledger, standards of maintenance tend to be higher in PPPs, as private operators are incentivized to ensure that buildings and equipment are fully available at all times, and at the level of quality outlined in the contract, whereas chronic neglect of public assets is a major policy challenge in many countries.

On the negative side of the ledger, transaction and financing costs tend to be higher under PPPs than under conventional procurement – for example, the private operator’s “weighted average cost of capital” (in effect, the overall interest rate across its diverse sources of financing) will normally be a multiple of the interest rate on the government’s debt, indicating that deficit financing will be a lower-cost option for most governments.

It is unlikely that the debate about value for money will be settled conclusively. Perhaps, in any case, this matters less than volume of debate about it would indicate.

Perhaps what matters more is, not the relative cost-efficiency of PPPs relative to some other procurement route (the result of which may be marginal, and context-specific), but, rather, whether the capital investments themselves are directed towards the right things – to create, in other words, greater allocative efficiency in the health system.

As noted above, many MICs in Europe have a pressing need to reconfigure service delivery - addressing over-capacity in hospitals, under-capacity in primary care, and reducing the costs of infrastructure-related services across the board. If PPPs can enable Ministries of Health to circumvent strict public financial constraints, and to invest more, and by doing so enhance allocative efficiency in these areas, then there is a case for PPPs even if the value for money argument is unclear.

But this case has force only if three conditions are satisfied:

With these three conditions in place (and only if they are in place), PPPs may enable increased capital investments, and thereby support planned changes in service delivery. In doing so, they may help to generate greater allocative efficiency in, and thus, greater financial sustainability of, the health system. 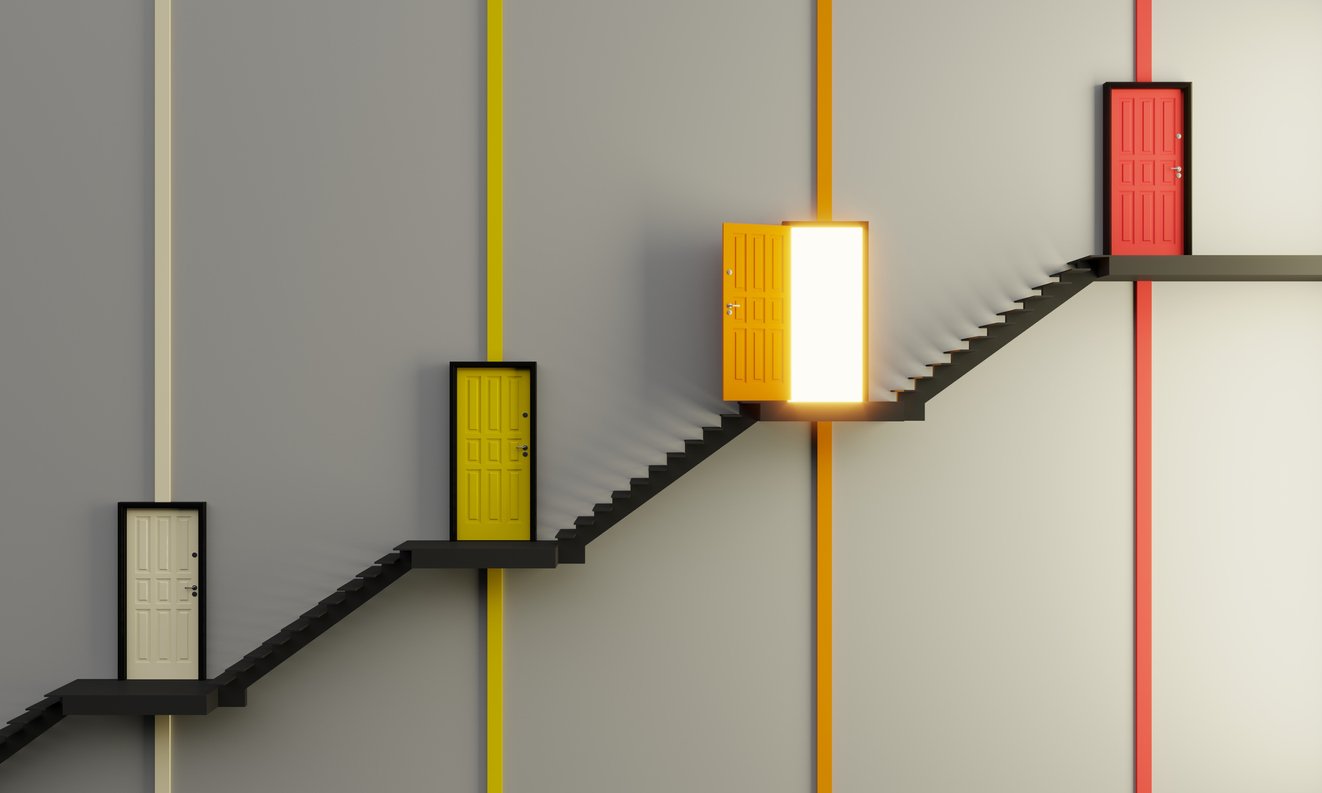 There is one final point to make, however. Having a PPP program in place – even one that meets the above conditions – is not the same as, and certainly no substitute for, having in place a robust governance regime for the operation of the private health sector.

In many countries (including those, such as Ukraine, and Uzbekistan, that have emerging PPP programs), the private health sector is rapidly growing, and there is an urgent need for a strong public policy framework to exert influence on the structure, conduct and performance of the sector.

Illustrative of these challenges and dynamics is the recent technical document produced by WHO Euro on PPP in healthcare in Ukraine (click here to access the report).

Such a framework needs to incorporate a full range of functions designed to address, and respond to, multiple sources of market failure and related inequities, and may include, for instance:

Sound interventions in these areas are critical. But they are largely independent of the PPP program, and the competencies required are quite different. We intend to return to this latter issue in future blogs!

Joint HTA in the EU: the future is shaping up! 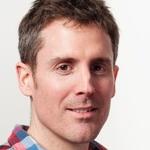